On today’s show, Jacqueline and Ben explore how putting a call out to listeners for dates has manifested in ACTUAL DATES, and the benefits of getting set up by friends. How does it work? DOES it work? What can we gain from going offline and letting friends of friends set us up?!

Then, they’re joined by Jamie Feldmar and Sarah Zorn, two local food writers. Jamie’s single, Sarah’s married, but neither of them are immune to the pressures a very social work life puts on the absence or existence of a significant other. How does eating for a living trump a dating life, or what do you do when your spouse doesn’t wanna join you for yet another walk-around tasting? The ladies spill. Then the team shares the best thing they ate / read / watched or listened to regarding dating and dining this past week. 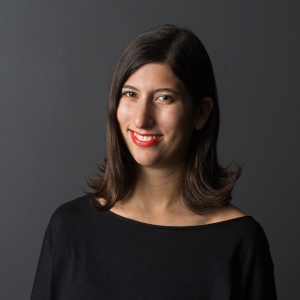 Jamie Feldmar is a writer, editor, and the co-founder of Mona Creative, a boutique creative agency that works with food and lifestyle brands. She is the former managing editor at Serious Eats and senior editor at Tasting Table, and her writing has been featured in Saveur, The Wall Street Journal and Lucky Peach. She is the co-author, with Beast chef Naomi Pomeroy, of the cookbook Oui, to be published by Ten Speed Press in the fall of 2016.

“I feel like I have to put a concerted effort into having a love life–it’s a part-time job, and frankly, between launching a business and writing a cookbook at the same time (which is a terrible idea–do not do this), I don’t really have the energy for another job, especially one as draining as dating.  It takes a lot of energy and effort to build a relationship with another person, and while that eventually pays off in the form of emotional support, it takes time to reach that place. And in a city where everyone is hyper-ambitious, hyper-competitive and hyper-busy, in many ways it’s easier to just…do it yourself, if you will.”

Sarah Zorn is a professional food writer, born, raised, and currently living in Brooklyn. Her unadulterated love for the borough (combined with her even more virulent obsession with eating), has led to various positions at multiple city-centric publications. She’s currently the food editor for Brooklyn Magazine, the editorial director at RestaurantGirl.com, a regular contributor to Every Day with Rachael Ray, and former host of Taste Talks on the Heritage Radio Network. She’s also the author of the Brooklyn Chef’s Table cookbook, which explores the evolution of Brooklyn’s food scene through the stories of (and recipes from) 60 influential area restaurants.

“As a professional food writer, I could (and probably should) eat and drink out each and every day, and well into the night. As a married woman of over 11 years, however, I’ve tried to make a concerted effort to stay and cook at home for two or more evenings each week. Why doesn’t my husband just dine out with me, you ask? One, as a dog trainer, he often works through normal dinner hours; i.e., when clients get home from work. And two — well, I wish I had a legit second reason; sometimes, getting him to go out to a nice restaurant with me can feel like pulling teeth. As far as getting dragged along to your wife’s work commitments go, it should be a whole lot less painful when said wife is a food writer. It’s not like I’m conscripting him to some holiday ugly sweater party at the office or something.”