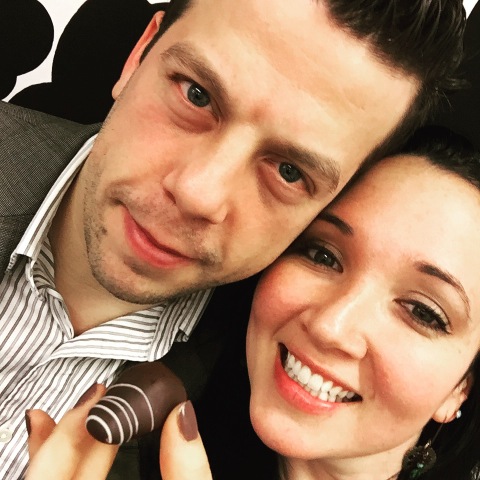 We’ve now spent 28 weeks on Love Bites focusing on varying aspects of finding sex, dating new people, holding on to the one you have, and the challenges of marriage and parenthood. And while we’re definitely wiser in the ways of love, we’re both still single. And the focus on that in our daily lives — while dating, or reading up on dating, or preparing for our show on dating — means that we often have been looking at being single as something negative.

So, in celebration of closing out our second season at Heritage Radio Network, we’ve compiled our ten favorite things about being single! Because, yes — sometimes being single is just so much better!

So, cheers, singletons. We’ll see you at the bar tonight. Because it’s Monday. And we can do whatever the hell we want!

10 Reasons Why Being Single is AWESOME!

2) Accepting Our Own Filth. For Ben, this means letting the farts fly. “All day, every day.” For Jax, it equates to not having to wear makeup / shower / look cute all the time.

3) Focusing On Our Career/. We’re workaholics. Jacqueline likes to think she’s gotten this under control a bit, since watching ten hours of Gilmore Girls or Sherlock or Dollhouse in a row has worked its way into her schedule now and then. But we’re both so in love with what we do that a special someone sometimes detracts from that focus. So taking whatever job we want no matter where or how long the gig, booking work trips without worrying who they will disappoint by us not being around for a while, and spending endless hours working on our crafts without guilt is one of the best things about being single.

4) Single Space! In New York City, space is rare and key. So when you somehow have landed an apartment that’s perfect for one, you appreciate every square inch of space. “Sleeping alone! My big bed, no boy smells wafting in the morning, and the ability to sleep through the night without another body rolling around and waking me up is heaven! And having my gigantic room and closet all to myself without someone else’s stuff around! I’m a neat freak – most of the time – and it’s awesome to not have this contested.” – Jacqueline

5) Hidden Guilty Secrets: Bad habits we don’t have to hide from anyone, like drinking alone, eating drunkenly at night, or smoking things. No witnesses.

6) Self-exploration and growth. In relationships, identities often get intertwined. Single, we get to focus on what our own heart is telling us, independently.

7) Solo Work Functions (AKA Reason #37 why Ben and Jax would not make a good couple). Ben likes “not having to attend stupid work/social events and schmooze with people who I’d never be friends with by choice.” Jacqueline feels better when she doesn’t “have to worry about keeping a date entertained at work or social functions where he doesn’t know anyone.” Either way, sometimes it’s easier to work solo.

8) Focusing on the Self: We are stupidly supportive partners, often putting others before ourselves. But sometimes you wanna be numero uno. And when you’re single, you are! Sometimes Ben doesn’t want to “pretend like I care about the trivialities of her day when I have my own worries to be concerned with (or would just rather be napping!).”  For Jax, it comes up in the form of “not having to deal with someone else’s baggage whenever it comes up, especially at times when I’m feeling good on life!”

9) Awaiting The Next Great Love Affair: “The exciting anticipation that any moment I can meet someone that will take my breath away and not be filled with dread that I’m trapped by a stable but effortful relationship. Oh, the thrill of possibility!” – Ben “I don’t want a house in the burbs or children. So I don’t have a timeline. I can hold out for big love, and finding a true, deep partner in life. I’ve had a lot of great love already. I’m patient for the next big thing.” – Jacqueline

10) Last but most definitely not least: ALONE TIME!