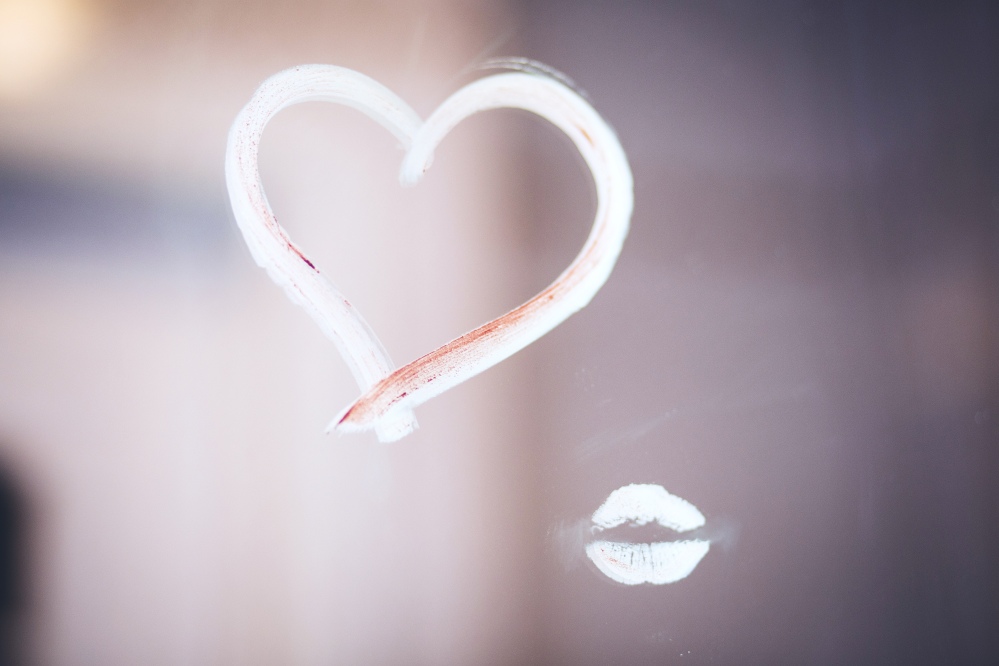 While combing the internet for resources, I stumbled upon Nanaya—a site that asks hundreds of questions about your personality, habits, and hopes, and then inputs everything into an algorithm to guide you as to where, when, and how you’ll find your happily ever after.

I feel deep down into this rabbit hole, folks. Nanaya is fascinating.

So I got Nanaya’s founder, Rashied Amini, on the phone to pick his brain about how all this number-math-coding-science-hoo-ha works, how seriously we should take it, and how it translates into finding love IRL. 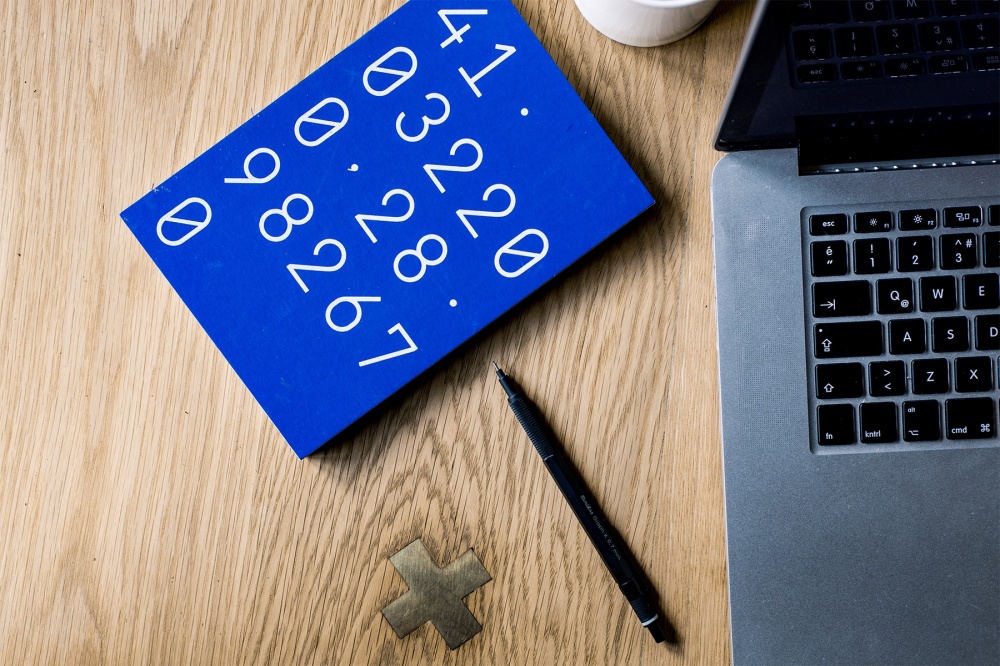 You say that Nanaya uses the same technology “used to optimize moon base design”. What does that mean in laymen’s terms?

It is a pretty technical, big answer. But the short of it is that at NASA I worked to figure out the optimal way of designing lunar bases when it comes to money, setting up a different habitation modules. Have you seen the movie The Martian? That’s what I was working on: How many rovers do you want to send for people to ride on? How many solar panels? There are a million combinations of how you can launch these spaces. So it’s all about optimal results for the bottom line.

I took all of that math, along with some other inspiration from other products, to the problem of romance. You can be dating so many different people at different stages of your life, but there is an ideal probability you can focus on.

Where does your data come from? How is it pulled together?

The algorithm on its own is a big block of math and computer code. But the great thing about Nanaya is that every user that comes in adds data into the algorithm, which then goes into each person’s result.

So you’re in New York: You’re telling me through all of your answers to the questions that “these are my values, and the personality I have, and the personality that I want in someone.” Right now what you see is the alpha or beta stage, because when we started the data was limited to just several thousand people and their personalities, so we reduced the power of the algorithm to that. But now that we’ve had more people come through, we’ll go back into it to improve accuracy.

How many users have you had altogether thus far?

Right now we have around 100,000, though a lot more have come through but never finished, since it’s a long questionnaire. But their data still goes into it.

In a blog post, you mention having ideas for how to modify the deterministic model with more of a probabilistically-derived social model. What do those mean, and how would this shift change results?

The biggest thing right now is that it’s only a prediction of when you’ll find love or, with another result tab, as to when you’ll settle down. That page is the preview of the full algorithm we’ll show down the line, which will not do just when you’ll find the right match, but if you should stay with them.

It’s dealing with the idea of The Secretary Problem: You have a room full of candidates–an infinite room of possible secretaries–and afterwards you have to decide if you want to pick this person or not, because a better one could come along. It’s very idealistic and doesn’t do justice to the real problem, though a lot of people think it does.

The full algorithm is more akin to stock trading: the room full of secretaries isn’t infinite, and you know more about them than just their resumes. So it pulls into this model the options of staying single and the prospect of anyone else coming along, versus you with this specific person. Once I’m able to devote time to developing that, I really want to bring that in. But I’m really going to want to test it and a make sure it works in a reliable way before I make that public.

I want to be able to bring in the results of past users, too. When people login with Facebook, I can get some of their wall status information and from that extrapolate some of the social behaviors they’ve been answering about. Like how often do you make friends on Facebook? That gives us a bit more of an idea of how your social network grows, which will help make our model more accurate.

What else will you be implementing when taking stock of new data?

Right now, the way we’re implementing online dating in terms of the people you’ll find is simplified. Hearing that you’re a 35-year old New Yorker who has lived in the city for a while, it assumes that you’ve maxed out your friend network. Or that if you go often to the same places in your city, that you’re not going to meet more people at that bar or concerts. It factors how long you’ve been in those social circles. In the future, it will be more reflective of the people you’re actually with.

What steps do you suggest people take after they’ve done their report?

The second page, What Now, condenses what the takeaways should be, personalized.

One part [of the page] shows how you currently socialize and, if you’re interested in a long-term partner, how you should socialize. I think it’s important for people who are frustrated to understand that it’s not just about doing specific things, but about socializing in a way that you’re not currently socializing. You’re probably not unsatisfied just with being single – it’s about the human interaction of doing things that you believe in. If you do more o f that, it should put you in a situation where you’ll naturally attract more people.

The second part, based on all the information, is the point by point feedback. I think it’s important for people to realize that we’re only seeing you as a user from a bunch of numbers, which isn’t everything. It’s about how you interpret it, too, even the qualitative data. Is this even relevant to you? And how do you apply it?

Right now it’s a very unsophisticated product and in the future I want to improve it. But let’s say I’m told to go socialize and do sports. Okay, but which pickup game am I gonna play? Am I going to play something that’s going to attract a lot of straight men, like soccer or golf? These are just a bunch of numbers. We’re humans. So it’s about how we interpret it and apply it. While we should take the numbers seriously, it’s more about how you apply them.

More than anything else, there are so many things out there that can help you get in touch with people.

I’ve had a friend who has always struggled so hard to find someone. But he’s only ever used online dating. So I’ve insisted that, ignoring the romantic side of his life, if he were to play more pickup sports or do more activities like volunteering for things he believes in, not only will he have a better chance of meeting people, but he’ll be doing things that are more fulfilling and so be at a better place for meeting people overall. I want to be able to help people be happier, because I think that helps people get into relationships on their own terms rather than just get into them where they can find them.

What concrete feedback have you had from users since you launched?

Not too many people have given me direct feedback. Of those who have, people seem to think it’s interesting. I don’t know what they necessarily take away from it as far as its accuracy, beyond friends and family who know me personally. My physics colleagues were the first to test it. But I’ve been able to see who goes onto the site, and various forums like Reddit where there are threads about people’s results.

This is something that makes me feel very good about it on a personal level: There was a  sub-Reddit titled “Lonely Forever”, where people were sharing their results. And lot of people at the time were getting, by coincidence, a software bug that was giving people a zero to ten percent chance of finding love. Even though they were the victim of this bug, they were comforted by the results. They were going to other places that were telling them they were a stud, or that they have a great personality. But that was contradicting their chances of having great romance in their real lives. So they valued that. So “bad feedback” on a bug I needed to fix was actually a positive experience for the user.

How often should users follow up? Meaning how sensitive is the data we input?

The only real study I’ve done of this was on the personality test itself, which wasn’t mine; I licensed that from a personality test company. I investigated multiple types of personality tests to see how their output would match the algorithm in the long-term but also for reliability. I tried this one over the course of several weeks, several times, and in doing so I noticed that my personal results stayed very consistent. With respect to the social dynamic questions, I haven’t investigated yet. I assume that every half year or year or after you move, the same answers might not apply. If you live in a different city, modifying those answers might give you different results.

Has Nanaya helped you, personally?

For me personally, it actually hasn’t really affected me much. I built the algorithm, I know what the results are going to be for me and in a sense since it’s my brain child. The one obvious thing is that I’ll be moving back to L.A. in a few months, and it says that L.A. is am much better city for me than St. Louis is, but I already knew that. It doesn’t really affect me since I know everything going into the algorithm and how it works. But looking at the data in general, there’s a fair amount of counterintuitive things. So I look forward to exploring more data-driven blog posts as I have more time.

But I would say that, while I never studied psychology formally, to understand all the things I needed to understand to reflect dating and socialization, reading up on psychology has given me a lot more contact. I’ve thought more about my long-term relationships, and what worked and didn’t, and why they didn’t. That helped a lot, all the reading for the algorithm. But not the algorithm itself.

It’s worth mentioning, too, that I was philosophically against the algorithm as a whole when it comes to being a human being. I was much more into the romance of meeting someone in person, in my real life. I like to put my day job in numbers away, and live in the world.